Once again, the Homer Davenport International Cartoon Contest returns to Silverton. After all, a festival that honors a famous Political Cartoonist seems almost naked without some kind of competition focused on that endeavor. To that end, the International Cartoon Contest has returned! As in past years, the competition is for “political” or “editorial” cartoons on any topic as long as they are not libelous, slanderous, racist, sexist or salacious.

As with any activity that as lasted over thirty years, adjustments are often required. In light of that fact, we have substantially increased the prize money award amounts. The new prizes will now be $750, $500, $300 and $200 respectively, with an entry fee of $25. We hope that this change will attract a wider range of entries, and more actively reflect similar international cartoon contests. And frankly, keep our modest competition relevant and competitive. We are especially interested it the work of new and emerging cartoonists including communities of color.

All cartoons will be judged in three categories: Artistic skill, clearly implied message, and the Cartoon’s over all appeal. All prizes will be determined by a blue ribbon panel of judges, with five non-cash “Peoples Choice” awards determined by popular vote, cast during the Festival. Winners will be announced Sunday afternoon at the festival, and announced online on the Web at the “Homer Page.” Entries will be prominently displayed in Silverton during the Homer Davenport Community Festival, (August 5 through 7, 2022). Deadline for submission is Friday, July 29, 2022.

Our 2022 Blue-Ribbon Panel of Judges: 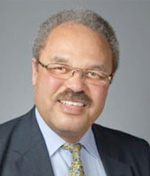 Oregon State Senator Lew Frederick (D-Portland) first took office as an Oregon State Representative on October 30, 2009 during a swearing-in ceremony in the House Chambers of the Oregon Capitol Building. Professionally he is a Strategic Communications Consultant, focusing on Strategic Planning, Community Relations, Science/Technical issues and Media Crisis Communications. With an academic background in biology, theater, and political science, his professional life has included seventeen years as a television reporter at KGW-Channel 8 in Portland, thirteen years as the Director of Public Information for the Portland Public Schools, teacher, actor and ranch-hand. 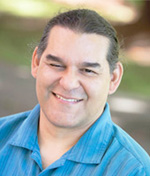 Dr. David Lewis, is an enrolled member of the Confederated Tribes of Grand Ronde, and descendant of the Santiam Kalapuya, Chinook, Molalla, Takelma, and Yoncalla Kalapuya peoples of western Oregon.  He is past manager of the Grand Ronde Cultural Resources Department, Chachalu Tribal Museum Curator, and Tribal Historian.  David has a PhD in Anthropology from the University of Oregon, and was Director of the Southwest Oregon Research Project.  David is a professional presenter on the ethnohistories of the tribes of western Oregon, and has published numerous articles about the Tribes of Oregon, many on his blog. David currently lives in Salem with wife Donna, and sons Saghaley and Inatye. 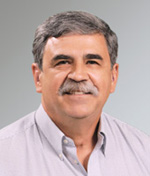 Oregon State Representative Rick Lewis, (R-Silverton) was appointed to the Oregon House after the resignation of Vic Gilliam. Prior to joining the legislature, Lewis served as the Mayor and as the Chief of Police for Silverton. He is a life member of the Oregon Association Chiefs of Police and served as the organization’s President in 1991. In 2005, he took a six month leave of absence from the Silverton Police Department to teach the Executive Leadership Program for the Iraqi Police leadership during Operation Iraqi Freedom. Rick lives in Silverton with his wife of 39 years, Pat.

We look forward to their collective judgement! Rules, Official entry forms and more details can be found on the Web by Clicking Here: