In the fall of 2016, I obtained the mailing address for Robert Crumb, cartoonist and 78rpm record collector. At the time, I decided to send him a copy of my book “The Annotated Cartoons by Davenport.” About a month later I received a hand-written reply, with Xeroxed copies of several Thomas Nast cartoons: 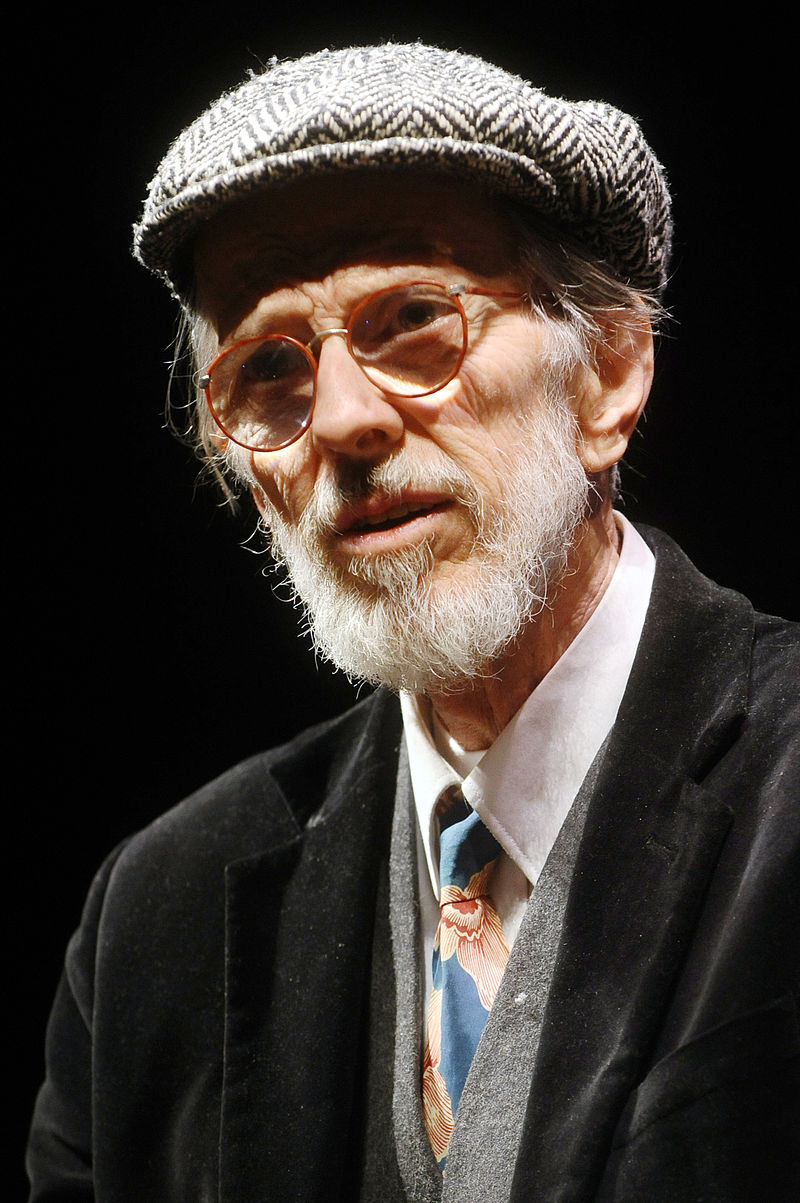 I really enjoyed receiving the book of Homer Davenport cartoons. Thanks so much! I had seen a few of his cartoons before. His work is exceptionally EXPRESSIONISTIC for the 1890s, something a little crazy about it. I also appreciate very much the short biographies and photos of the various political personalities that Davenport caricatured. Not only does this information help us to understand what Davenport is up to, but opens up the world of America in the 1890s for us to look at. That era was uncannily similar to our own in that an obscene level of wealth existed in contrast to most people’s economic status, and these extremely wealthy men had a powerful hold on politicians. I also read somewhere that around 1900 J. Pierpont Morgan more or less OWNED the United States.

Davenport was not the master cross hatcher that Thomas Nast was. Nast is my main man for cross hatching technique, but in fact it was the ENGRAVER who did the final line work on almost all Nast’s cartoons up to somewhere in the late 1880s when photo offset printing took over from engraved or etched plates. So most of Nast’s work was engraved, and these humble workmen were only allowed to put their initials in an unobtrusive place on the finished engraving plates… SOMETIMES.

Do inform me if you get a second book out on Homer Davenport’s cartoons. I must have it!

With the completion of the annotated edition of Davenport’s second book, “The Dollar or the Man?” I sent him a copy of that one as well. Shortly after he replied by email:

Received the book “The Dollar or the Man” yesterday, for which I thank you. I spent a long time looking at it. It’s so uncanny how relevant these cartoons are to our current predicament: the fat capitalists making Uncle Sam dance, shooting at his feet in a barroom — absolutely the case these days as well; “Who Should — Who Does — Pay the Taxes?” showing the robber barons pointing at a boney poor farmer and his son — still totally true. “Is the Old Man Reconciled to His Job Yet?,” showing “Dollar Mark” Hanna in his suit covered with dollar signs and the trusts giant looking on with satisfaction as Uncle Sam is washing windows… Absolutely still the case. Incredible, the staying power of this system of things! 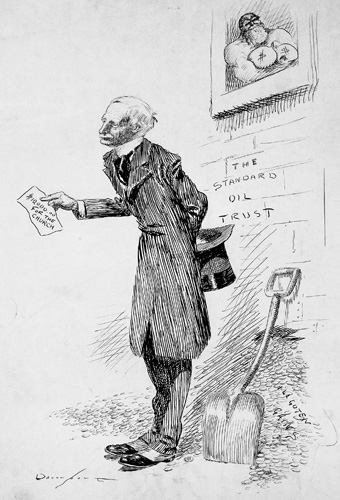 I like very much that you included these texts from various sources with each cartoon. Rich background material to better understand Davenport’s message. It’s interesting to note the favorable biography of John D. Rockefeller that you got from Wikipedia. They make him out to be a great social benefactor. There’s only one sentence that mentions anything negative about him: “His company and business practices came under criticism, particularly in the writings of Ida Tarbell.” That’s it. In fact, Rockefeller was widely despised, even among the businessmen he dealt with. It was said of him — maybe I read it in Ida Tarbell’s excellent book, “The Rise of Standard Oil” — that he was ALL BUSINESS, had no hobbies or pleasurable pursuits, always had his nose in the accounting books. He supported the use of internal combustion engines over other kinds of automobile engines (steam, electric) as it vastly expanded the oil industry. He funded the Rockefeller Institute that pushed hard for synthetic pharmaceuticals as the base of medical treatments, to expand his chemical industries, a spin-off of oil refining. His father was a 19th Century itinerant snake-oil salesman, pitching a cure-all that was mostly refined petrol.

John D. Rockefeller’s influence on America and the world is still ongoing. Not only did he push our dependence on petroleum and its by-products, he also had a HUGE effect on the science and practice of medicine through the Rockefeller Institute. Some historians couch this influence as a good thing, asserting that Rockefeller used his wealth to advance and improve medicine and healthcare in the U.S.A., improved medical schooling, closing down low grade medical schools throughout the country. I’m not so sure it was all to the good. John D. was ALL BUSINESS. He helped to bring about our monolithic pharmaceutical industry and helped to make practicing physicians a privileged, elite, highly paid priesthood. Rockefeller was a cold-blooded capitalist. Not at all sure that he had the well-being of the “common people” at heart. The only things I’ve seen written about the influence of Rockefeller have all been positive, as if the authors were receiving payment from one of the many institutions and organizations funded by Rockefeller money. Don’t know of any really critical history of what came after the period described by Ida Tarbell. The power of private wealth is alive and well in our time.

The founders of American industrial capitalism put in place a political system in which big business and high finance were all powerful, and this system is still firmly in place to this day! Communism, Socialism, came and went, rose up and was beaten back down over and over.

Thanks again for the book. I hope it sells well. Americans need to see this, to understand how deeply embedded this unfair system is.