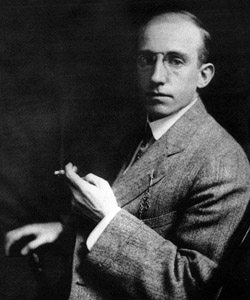 On Sunday, October 25, 1896, just a bit over a week before Election day, The Brooklyn Citizen, one of many daily newspapers in New York City, ran a short biographic sketch on Political cartoonist Homer Davenport. This piece ran just one year after Davenport arrived in the Big Apple after his boss William Randolph Hearst’s acquired the New York Journal.

This also appears to be the earliest biographical piece about Davenport to be published. There were many more over the next decade. It was written by Arthur E. Jameson (1872-1957), a fellow Hearst comic artist. At the time of the article, he had himself embarked in what would be a long career with Hearst and Company, eventually specializing in what would be now termed graphic novels. His work in fact predates a style that would become popular by later artist’s like Hal Foster and his Prince Valiant strip.

Why he would write a piece in a non-Hearst paper, seems like a contradiction, but no doubt was part of Hearst’s well-known approach to self-promotion. The inclusion of an image of John M. Palmer the “Gold Democratic Candidate” for President was interesting as well, since Hearst openly supported William Jennings Bryan, the Democratic candidate, who espoused a “bimetal” approach using both gold and silver as an economic base.

The page from which this article was reproduced, had these Davenport caricatures sprinkled throughout the page, even though the article on Davenport was only a dozen or so column inches on the upper left corner of the page. The paper was donated to the Silverton Country Historical Society by the Digerness family, whose ancestors include another talented Silverton cartoonist, the late Knute Digerness.

Work of a Cartoonist
Influence of the Pencil in Line with the Pen
The Varied Career of One
By Arthur E. Jameson 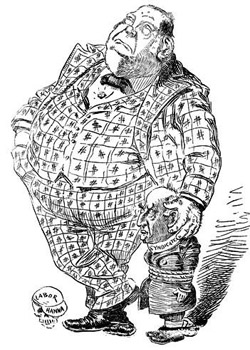 Public interest has been so universally centered in the political outlook, and in the principals who are to engage in the coming battle, that the men who are really to shape their destiny have been overlooked. The writers and artists representing some of the largest newspapers in the country form no small part of the large army of men which is to comprise the opposing forces. Among them are men who have achieved reputation and fame in their respective capacities, and are the chosen ones of their profession. They are as prominent in the newspaper field as are the political figureheads to the laity, and what they will accomplish during the campaign will be watched as carefully by the interested public as by the politicians themselves.

One of the men who will do much to shape and disfigure the hopes of the political aspirants is Homer C. Davenport, of the New York Journal. Since the time of Nast there is no man who has jumped so suddenly into prominence in the field of caricature. Within four years he has acquired a reputation which extends from the Atlantic to the Pacific, and his original drawings adorn the sanctums of most of the prominent politicians in the country. They watch his work as closely as Tweed and Blaine did that of Nast.

Of all the checkered careers to which a man can fall heir, his is the most versatile. He is probably one of the quaintest and most original characters to be found in the profession. His academy has been the practical school of observation, and there has been nothing for him to acquire but facility; the last was a natural inheritance.

It is hard to realize that a man who can now make political monarchs bend in fear and submission, has been a jockey, a waiter, an engine wiper, a clown, a fireman, and a steamboat stoker. But such is Mr. Davenport’s repertoire of accomplishments. They were not forced upon him through necessity, of course, for his father has always been in a position to help him. They were merely the result and deserts of his boyish waywardness and recklessness. He was always a source of constant worry and annoyance to his parents. When he ran away with a circus during harvest time his father’s hair, he says, first began to turn gray and Has been turning ever since until about five years ago. Then it began to return to its original color. It was the arrival of this circus which cut short his career at school, but his knowledge was afterwards acquired in the manner most self-made men boast of. He cares more for game roosters and bull pups than he does for books, and though he may not be able to quote Shakespeare or Byron, he can sign his name to as large a check as most learned pedagogues.

It is always interesting to know what event marks the inception of a successful career, and it seems odd that in Mr. Davenport’s case his first effort should have been at the expense of his long-suffering father. His younger sisters, possessing the same humorous instincts had plaited the fore-locks of their paternal ancestor’s hair while he was taking a nap, and had tied a red ribbon on it so that it resembled the topknot of a pickaninny. When he removed his hat later in the evening to introduce Governor Pennoyer to a large audience the red ribbon jumped out and stood straight up, to the intense amusement of the audience and the consternation of the principals. It was Homer’s first motif and the result was conspicuous for a day on the post office bulletin board.

Through a friend of his Mr. Davenport later got an offer from the Portland Oregonian to make advertising cuts. The first drawing was a stove, but the legs had such wiggle and the door such a mark that the advertiser refused to run his “ad” if the cut had to go with it. He was compelled to seek “green fields and pastures new” after this failure, and finally wound up in. San Francisco. An admiring friend introduced him to the art manager of the Examiner as “the greatest artist in the country.” The faces of those around him fell away into a peaceful smirk at this announcement and Homer thrust his precious samples through the linen of his coat. He was willing at that moment to go back to ploughing without complaint. But they gave him a trial at $10 per week with instructions not to be too original. When he eventually grew tired of copying A. B. Frost and drawing bridges and buildings it was the signal for his dismissal.

After a short stay on the Chronicle he went to Chicago, where he did some serious comic stuff for the Herald during the World’s Fair. Mr. Hearst of the Examiner returned from Europe about this time end noticing Davenport’s work, sent for him, He was given free scope at once, and his successful career dates from that period—-two and one-half years ago. When his fine page cartoon of Sam Rainey, the Tom Platt of the Pacific Coast, appeared, it set everybody wild. It was as big a hit to the West as was Gilmans’ celebrated drawing of Blaine, the tattooed man, and it was the political death of the great “boss.”

When Mr. Hearst bought the “Morning Journal he brought Mr. Davenport with him. The people realized his genius at once, and he soon created a stir in national politics. His “Eeny Meeny Miny Mo” cartoon was copied from the Atlantic to the Pacific, and when his drawing of Reed punching the bag, the famous Republican leader wrote and asked him for the original. His success was instantaneous.

But since that time he has devoted most of his energies and wit and genius to the much-abused Mark Hanna. Indeed, Mr. Davenport has been as merciless in his attacks upon the stage manager and press agent of the Republican candidate that overtures have been made to have the cartoons stopped. The check suit with the dollar marks has wrought great havoc with “Mark” and has caused him many sleepless nights. But they still continue appear, and when the campaign is this check suit will pass into history and continue to haunt Mr. Hanna, as did the famous money bag face of old “Boss” Tweed.

It is scarcely credible to believe that this young genius had never earned a dollar from his pen five years ago. Although he is the same unassuming fellow who entered the Examiner office with his high-water pants and a seedy overcoat to cover up the patches, he is, of course, more metropolitan. But he possesses none of the vices which usually accrue from success. He never touches liquor or tobacco and has only hobby, as was said before, is keeping game chickens and bull pups. There is no more entertaining or original talker. His conversation is like his drawings—full of humor and lasting impressions. Everything he does is tinged with humor; he cannot it. If his drawings were only funny, Davenport could scarcely be less great; but they are full of serious thought and need no letter press to tell the story. No cartoonist can excel him in drawing, and when he introduces animals into his work he is superior to all. Before the national campaign is over he will have shattered many political aspirations beyond hope. Though he has already achieved much, he is only at the inception of his career.

How little the farmers thought when they used to laugh until their sides ached at his early sketches at Silverton, Oregon, that with as much ease he could make the whole world laugh or frown.