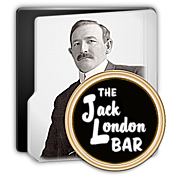 In April, The Davenport Project heads over to the Jack London Bar, the basement “speakeasy” for the Rialto Pool Room at 529 SW 4th Avenue in Portland. Each week they host the “Stumptown Stories” history lecture series. We’re set for action at 7:30 on Tuesday evening, April 24th. Come on down to hear about Homer Davenport, Late of Silverton!

Gordon will recount an early newspaper gig of Davenport’s for the Sunday Mercury, as it was called 1891. Known then as a “Sporting Weekly,” he pitched them the notion of sending him to New Orleans to cover the landmark middleweight boxing match on January 14, 1891 between Portlander Jack “Nonpareil” Dempsey and Bob Fitzsimmons.

Fitzsimmons pummeled Dempsey. And he went on to become the heavyweight champ as well. He and Davenport later became close friends.

More details as they develop!

One Response to Davenport in Stumptown