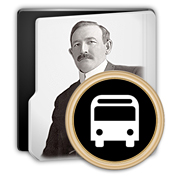 For a week this April, Oregon’s premier progressive grassroots activist organization, The Bus Project features Rebooting Democracy, a week-long democracy festival, in Portland. Rebooting Democracy will draw hundreds of young leaders from around the state for a series of workshops, presentations, scavenger hunts, film screenings and more in order to create a more engaged and educated generation, with the action taking place April 16 through 22, at various venues throughout Portland.

The Davenport Project is pleased and honored to join The Bus Project from 2:35 to 3:45 on Saturday, April 21, at The Backspace Cafe for a panel discussion titled: “Drawing Attention: Politics & Comics.”

The speakers include Jason Leivian, owner of Floating World Comics; Gus Frederick, lecturer for The Davenport Project; Tyler Chin-Tanner, local comics author/artist (“American Terrorist”) and Breena Wiederhoeft, local comics author/artist (“The Picket Line” & “Easel Ain’t Easy”). The panel will be moderated by Sarah Mirk of the Portland Mercury. A mini-exhibit entitled “Occupy Davenport” will feature a sampling of Davenport’s work for folks to check out.

Update: A successful panel! Quite a fun and varied line-up! The biggest success was when I nabbed the gnarly dude attempting to walk out the door with The Davenport Project’s DSLR. He offered no resistance, which would have been futile anyway, and quickly slithered out the door. Would have put a real crimp in the Davenport project if he had been successful…

After the drama, the panel continued. Tyler gave me a copy of his book, in exchange for a copy of the upcoming second edition of “Cartoons by Davenport.” An advance pre-release “Authors Proof” is in production and should be ready for show & tell at the Jack London Bar this coming Tuesday.

One Response to Homer on the Bus!